Ok, this is my friend Jessica, 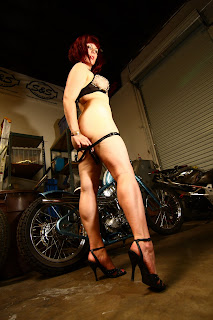 despite being a walking talking Frazetta painting she runs a company out of Corvalis, Oregon 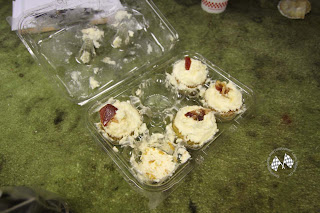 Now, mind you these cupcakes had been shipped on a monday, next day air. They lost the box and didnt show up til thursday. The box was mangled and the cupcakes had taken a small beating. And yes that is Candied Bacon there on them cupcakes! 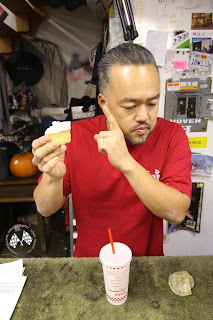 Nelson was sure the cupcake was talking to him...
these cupcakes fuckin RULE! there is nothing better than a BACON CUPCAKE!!!! 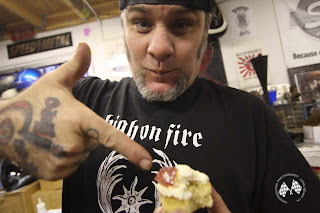 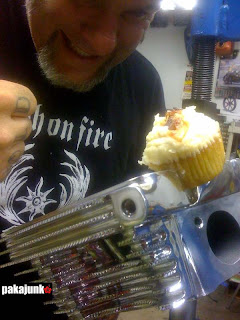 If you want to hit her up for a Bacon Cupcake or any of her other cupcakes, take a look at her website: Rocket Queen Cupcakes
tell her dave sent ya!
Posted by Chopperdave at 11:16 PM

fuckin bad ass. I have a thing for dessert and lovely women. Where are my keys, I can be there in three hours.