The one and only @megan__renee blonde and beautiful! #oneoftheepicblondes #legs #tattooed #latex
Posted by Chopperdave at 6:56 PM No comments:

Next Sunday!! The one event I was most bummed about missing last year! It's gonna rule! Race your chopper up the hill! #RACESHIT #supporttheindependents #hopeidontloopmyturbobike @hellonwheelsmc
Posted by Chopperdave at 9:32 AM No comments:

So, to all you people who don't like evos... This 92 FXR has 52000 miles on it and the lower end is tight and totally in spec, all I'm doing is resealing the base gaskets I blew coz I'm impatient... #RACESHIT #fxr #shoulddecktheheads... #thecylinderwallsarenearperfecttoo
Posted by Chopperdave at 9:20 PM No comments:

Happy Birthday to one of the most important motorcycle racers and just an amazing person, Mert Lawwill. Thank you for changing the motorcycle world! #hd #xr750 #proffesionmotorcycleracer #kr750 #truehero
Posted by Chopperdave at 7:52 AM No comments:

Never in a million years did I think I'd be fuckin stoked about socks! Thank you @nos808 @kingman @stancesocks #theuncommonthread Love em!! #sharkjaw #shakacamo
Posted by Chopperdave at 7:25 AM No comments:

my Dyna, FXR, Sportbike conundrum... and a few pix of the amazing Lexi Belle!

I want to build a late model HD to ride every day.  One I can throw my wife on and ride to San Francisco if we want.  NO, I’m not going to buy or build a bagger, I hate baggers.   Not to say that they aren’t great for what they are, as I’ve riden plenty of miles on a bagger, sure, comfy and you get to carry all your stuff.  Still hate them, so forget I brought them up.

The plan was to build a late model (08-10) FXD into a thoroughly reliable road bike.  Sure I’d do some stuff to it, I have plans for all kinds of shit.  All the normal stuff, bars, pipes minor yet effective motor work.  Wheels and the most important part of all, suspension and motor mounts.
The Dyna drivetrain mounting system needs help.  It moves too much, it moves too much during a long sweeper at 90mph.
So what to do, suspension and a true trac system and the CCE new dyna motor mounts.  Ok, should work good, possibly an inverted fork of some kind?
Whatever it is, will be a marked improvement over the stock set up.
I really like the new Delphi fuel injected drivetrains.  They work killer.  I first dealt with fuel injection in ’07 when I built the X-Wedge for S&S.  Rad shit.  Works killer and I was stoked how it was to tune and set up and it works great.  Then I built the turbo bike and used all factory fuel injection parts.  Simple and killer, yeah you are sitting there saying simple?!?  Carbs are simple!   Yes they are but when set up properly the FI works amazing.

Then I had a good friend who is having knee surgery have me do some work to his FXR.  Then he had his surgery and said go ahead and ride it for a while.  It hasn’t been ridden a whole lot so I’ve been working out some little bugs.
I fuckin love it.  That fuckin FXR will out handle all the dynas out there with high end suspension, period.
With a stock 39mm fork and some crappy Koni shocks.  Damn.  This fucker is rock solid on the overpass from the 405 south to the 605 north at 80.  No swaying, no movement other than forward.  Ok, so this fucks me all up.
Shit, I want to build an FXR now.  But I really want late model electronics and engine management.  A twincam fxr is a project, especially with late model fuel injection.  And fucking expensive, unless I get an FXR and a Dyna on the super cheap and I can combine and make one bike.  Oh yeah with an FLT trans case too.  So, it’s going to be too expensive to do it that way.   And some short cuts with that I just don’t want to take.
Ok, so I’ve been riding the FXR and its killer.  Smooth and fast.  When I pull it out in the AM people are sleeping so I start it and pull it out onto the street quick to warm it up til I get on the freeway.  I was running late one day last week and didn’t really warm it up like I should and BAM, blew the rear base gasket.  Stooopid.  Oh well, it needed a rockerbox reseal anyway so I stuck it on a lift tonight and started taking it apart.

Then, some stuff came up and I rode home.  On my TL1000s.  Yes, my Suzuki sport bike, in its day considered a superbike.  Yeah it rules.
Ok, the ride home FUCKED my whole world up.
I hadn’t ridden my TL in a few months.  Now I have to ignore the fact that it’s ridiculously fast compared to every stock HD out there.   And this bike is notoriously twitchy, evil and not very nice, so it takes me a few minutes to get used to it whenever it’s been a long time since I last rode it.  But GOD DAMN.
That bike is fun, it’s set up as a streetfighter so it’s just fun as shit and handles amazing.  Not really amazing as when compared to a model sport bike but totally brilliant when compared to an FXR or a Dyna.
Now, I have some plans to change around foot position and hand position on a dyna to make it feel like something that might not weigh 900 fucking pounds.
(Okay i need to get as much weight as possible off too.)  Yes I know that in itself is a tall order but I’m going to try.  The best part is that it has changed my perspective on building a dyna, as I think that’s what I am going to end up doing.   Possibly change the front fork… wheels, etc.  it’s going to happen.

I know that it’s not going to ever feel how I’d really like it to.  But that’s the trade off.  It is never going to handle like a sportbike but if I can give it some sort of a race feel and keep it a solid runner ill be happy.

That’s all, I had a ton of weird revelations on my ride home and I felt that I haven’t put ANYTHING on my blog in a while so I’d do this…


And post pics of Lexi Belle after she dumped motor oil all over herself!!! 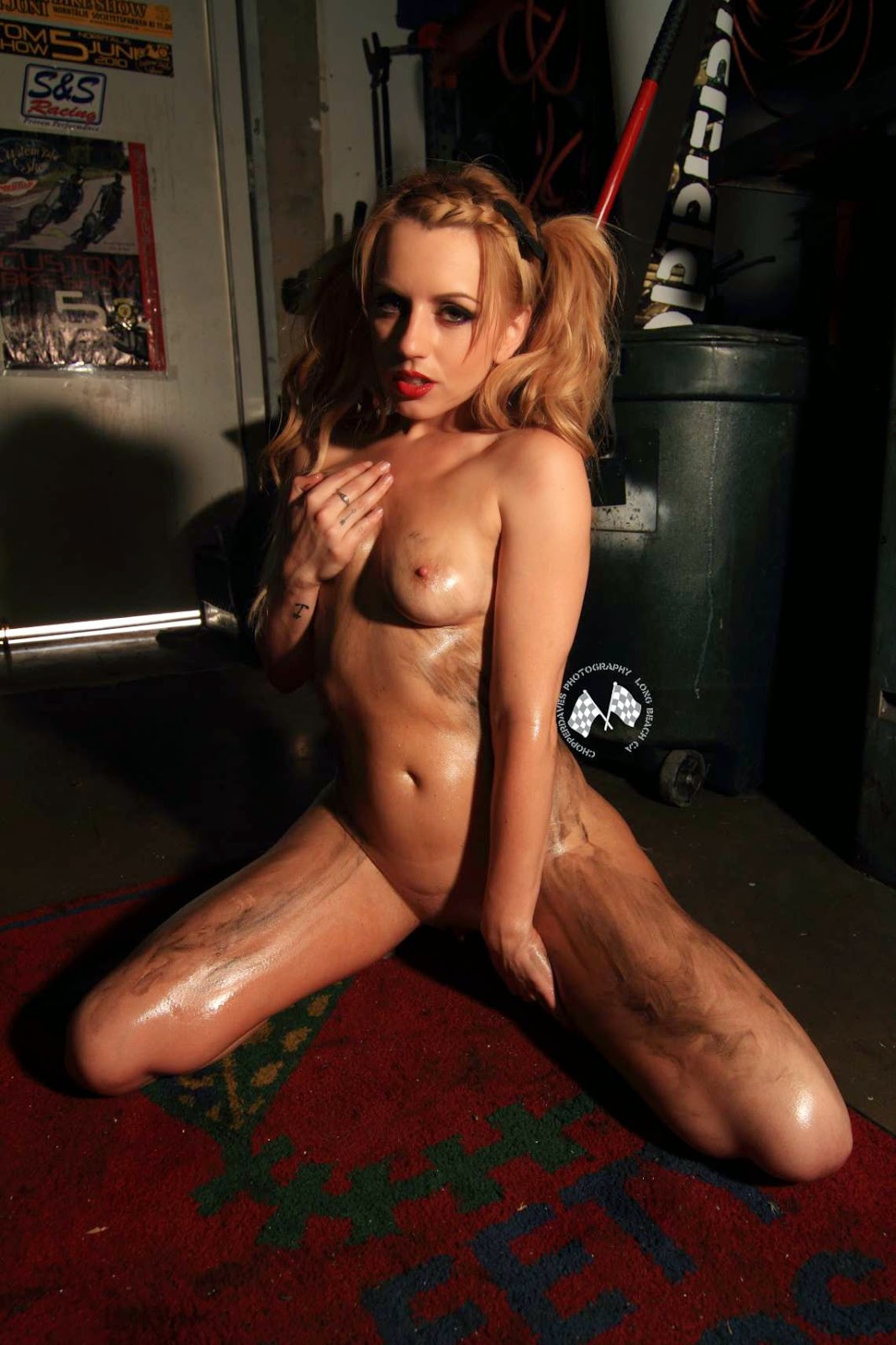 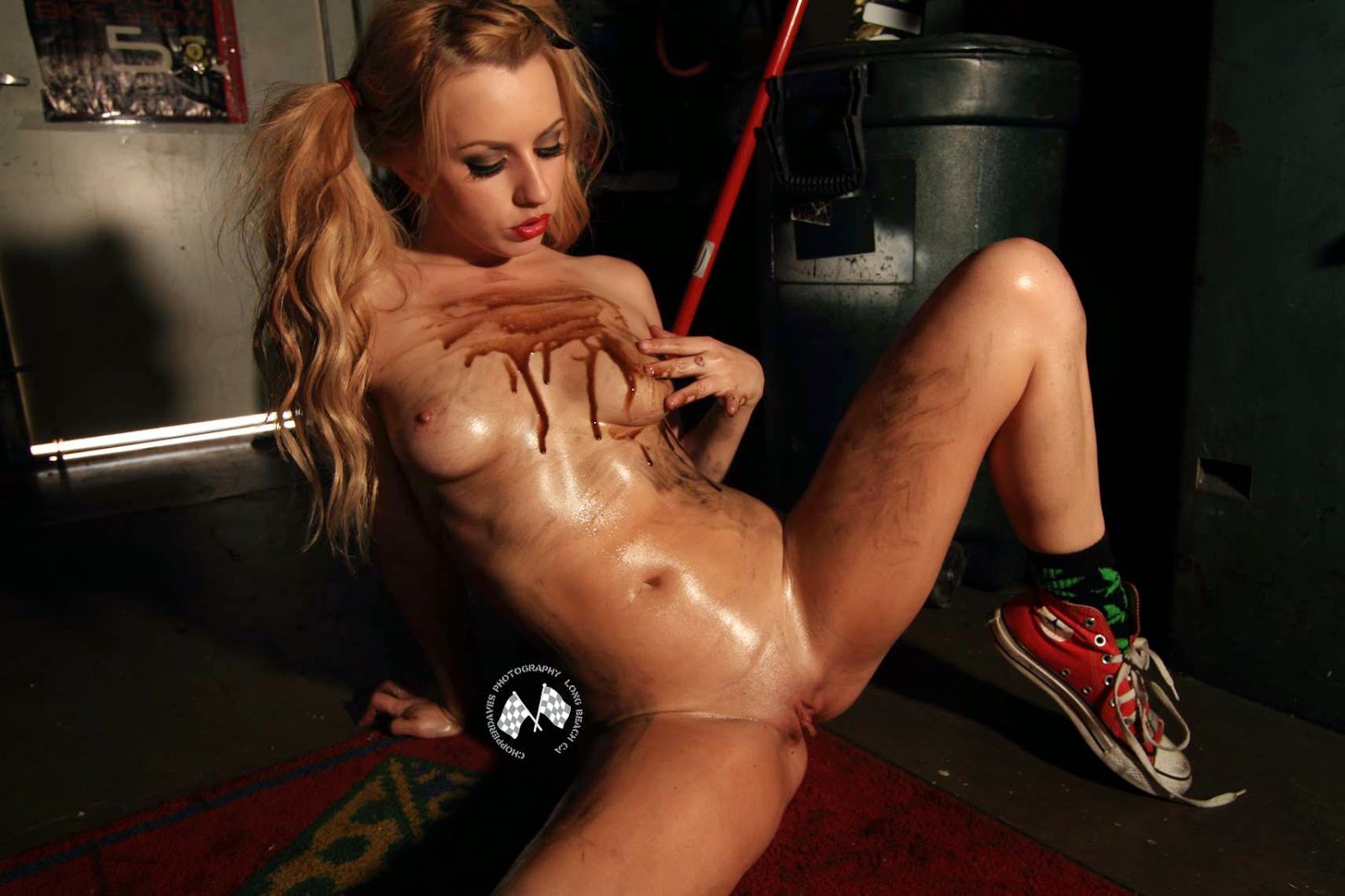 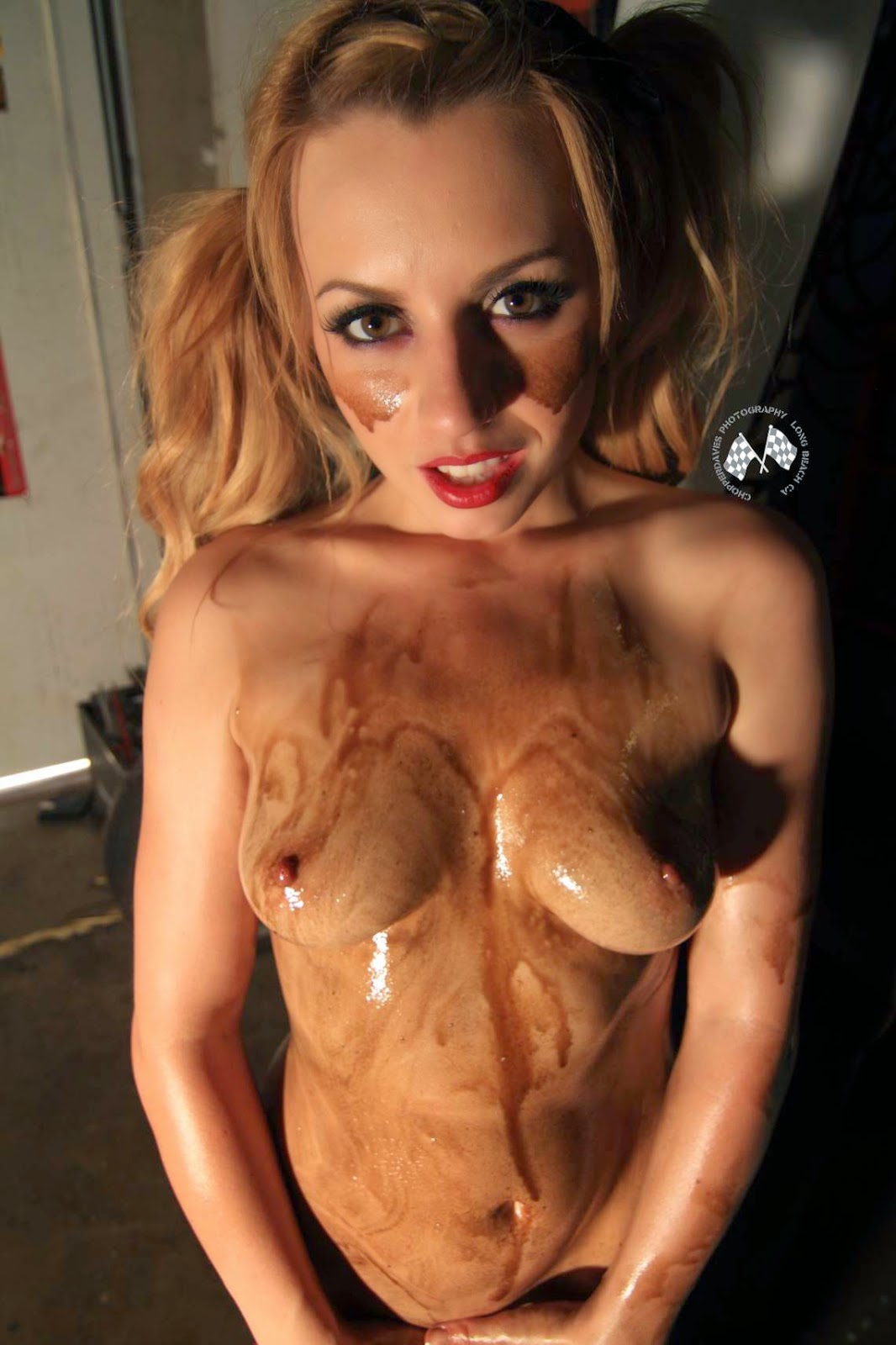 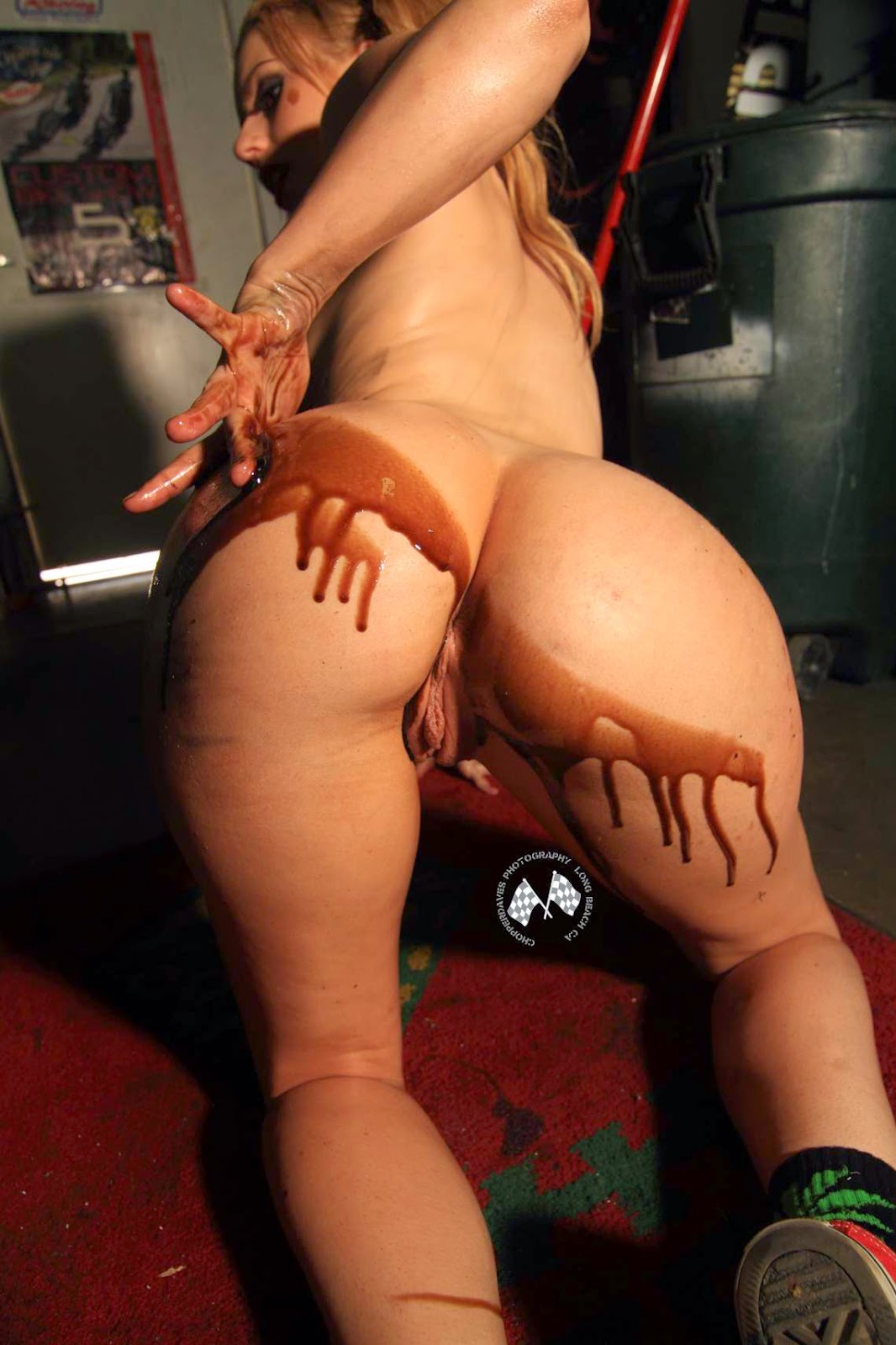 The one and only Lexi Belle

I am going to attempt to start blogging more, if nothing else I have LOTS of pictures to put up!!!!
Posted by Chopperdave at 9:17 PM No comments:

The Superfreak. I built this 10 years ago. Changed everything for me. Can't believe how fast ten years has gone. Perfect Califirnia night. #nofilter #panheadsforever #SFFS #castparts #supporttheindependents
Posted by Chopperdave at 9:12 AM 1 comment:

If you were at the #Brooklyninvitational you got to see the Jawbone. Newest build by @hogkillers unfucking believable! #magic #master #sneaky #hero
Posted by Chopperdave at 11:28 AM No comments:

If you are within 250 miles of Brooklyn and you ARENT at the Sixth Brooklyn Invitational you officially SUCK!! I wish I was there! Love me some @johncopelandstudio @keinocycles @jeffreymschad
Posted by Chopperdave at 12:28 PM No comments:

Everybody loves @omgitslexi #sheaintgotnopantson
Posted by Chopperdave at 2:23 PM No comments:

Ok @hotrodford when you takin @9half and me out in your 427 Ford powered flatbottom?? #hellyes #solidlifter #hotrodonwater #SFFS #lovemesomejimmywhite
Posted by Chopperdave at 9:55 PM No comments:

Stopped by the Cycle Lodge today to see the one and only @the_harpoon it's a MECCA of taxidermy! Oh yeah choppers too... #stuffedbeaver
Posted by Chopperdave at 7:01 PM No comments:

Got a couple LFR stack covers in. Haven't had em for a bit. And that one custom left over from a custom run. #castaluminum #supporttheindependents
Posted by Chopperdave at 11:36 AM No comments:

Goto @nlamc to check out this event! It should be killer!!! Lots more info on their @nlamc profile!! #vintagebikes #motorcycleracers
Posted by Chopperdave at 10:15 AM No comments:

Hell yeah. The Hate Fuckers were in the LBC. @choppahead @bricktopbrent @big_nick75 @alexsbarlbc
Posted by Chopperdave at 10:00 PM No comments:

We have to be at costa mesa before 6... Piece of cake #RACESHIT #racingatcostamesasat #hunterklee @thespeedmerchant @wiggzero9
Posted by Chopperdave at 2:58 PM No comments:

Ok. RACE SHIT ready. Thank you @unnameduserdta @suicidemachineco for letting me race this twitchy fast sporty tomorrow night. A few tweaks and it's ready. Especially after doing hot laps around my building on asphalt in the dark... #RACESHIT #supportflattrack #supporttheindependents @ftwco #supportflattrack #costamesaspeedway
Posted by Chopperdave at 8:40 PM No comments:

Harley Night at Costa Mesa Speedway! The FINALS! Lookin forward to racing!! Lots of serious short track bikes are gonna be there racing for real! Buy Presale tickets at @hbharleydavidson as it might sell out! #imgonnatrynottocrash #bethere #supporttheindependents #supportflattrack #jasonklements #hunterklee
Posted by Chopperdave at 8:42 AM No comments:

Got a killer package from my good friend @benderwerks I met Benny and @roadtoglory1 in Sturgis in '05. I've made some lifelong friends thanx to this whole motorcycle thing!! Thanx Benny. The master mechanic wrench rules!! #bennyandryanrule #blowinguptvbikes #missyouboth #mybf5bikemadeitwithryanshelp #family #talent #whereisjayhodge
Posted by Chopperdave at 9:42 PM No comments:

I like brazing... #fuckselfies #oxyacetyline #goggles #letdown #racingatcostamesasat
Posted by Chopperdave at 9:34 AM No comments:

I don't know if blondes have more fun but I'm sure @omgitslexi has more fun no matter where she is! #lexibelle #superfun #sorryshehaspantson
Posted by Chopperdave at 5:28 PM No comments:

Ran into these at the Korean market getting Kalbi. I'm slightly freaked out by them. I'm gonna have to go back and get both to try them... #weirdbeard
Posted by Chopperdave at 7:17 PM No comments:

So nice to just ride somewhere with a great friend. That's @jmdesignstudio and me on the 405 on the way to 710 grille in San Pedro. #ridetoride #ridetoeat #ridewithyourfriends #family #lovethemccanns
Posted by Chopperdave at 10:05 PM No comments:

The Hookers and Cocaine Stage 1 filter covers are now available on my website. Raw and Poilshed finish available. Didn't run that many and will probably just do 1 more run so if you want one get it now! #castparts #fuelinjection #raceshit #donttakeeverythingsoseriously
Posted by Chopperdave at 6:42 AM No comments:

Looking for a vintage West Bend engine for my go kart! Anyone got one? Doesn't need to be as nice as this one but a runner I can rebuild would be killer! #vintageshit #gokart #raceshit #forthrkids
Posted by Chopperdave at 2:09 PM No comments:

Me and my buddy Sean are having fun on the 10 fwy trying to get home... #fun #dofunshit #2am #hopethechpdoesntshowup #dontcarejustsawSLEEP
Posted by Chopperdave at 1:38 AM No comments: