We will never forget what happened on 9-11. It is a day that will be like Pearl Harbor.
Of course we will never forget.
that's not the problem. The problem is that there are thousands upon thousands of Americans that serve their country every day in the armed forces. They do it many times at great sacrifice with a meager salary. But they do it because they believe in what this country has stood for in the past and for what it can and should stand for again.

There are people dying now, and no one knows. Everyone goes about their life without giving it a second thought. Sure I can understand the people that are against whatever war might be going on, but if that's the case fault the government, not the soldier. The soldier will always be the one who pays the biggest price. 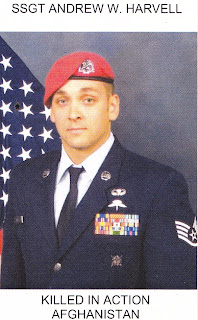 Friday night I went to a memorial for Staff Seargent Andrew W. Harvell. His brother Sean, is my friend. It gives me hope to know that all the people there know that he gave his life for his country but he will forever be missed and loved by his family, friends, wife and his two sons. 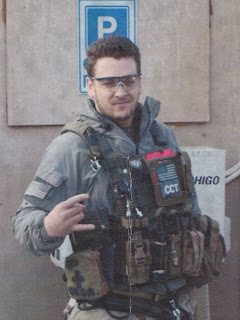 We need to remember togive every soldier the respect they deserve. Them and thier familys are paying the ultimate price and thats what we all need to remember, every day.
So, Andy, I will say thank you. You will forever be missed.

This quote was on the back of the memorial. It's the gods honest truth.
War is an ugly thing, but not the ugliest of things. The decayed and degraded state of moral and patriotic feeling which thinks that nothing is worth war is much worse. The person who has nothing for which he is willing to fight, nothing which is more important than his own personal safety, is a miserable creature and has no chance of being free unless made and kept so by the exertions of better men than himself.
-John Stuart Mill
Posted by Chopperdave at 2:20 AM

"For those who have fought for it-
Freedom has a price the protected will never know."

Sorry for the loss of your brother and friend.

Just knowing that we have folks like you Dave to support us makes us proud to serve, Sorry for our loss.

Sorry for your loss, It is nice to see that folks like Dave support us, I know it makes me proud to get up in the morning and put that uniform on!

Thank you very much for posting that!

As a veteran, thank you very much for making that post!

Thanks for posting this Dave, sorry for your loss. I am heading back to the Stan in Dec. RIP SSgt,
Mike
www.folkdevilsmc.blogspot.com